The Brazilian capital market raised R$268.9 billion through September, up 42% from the R$189.5 billion seen in the same period last year. It is the highest result in the historical series, even compared with full-year data from previous periods. Debentures still get the lion’s share of this amount, with 45.5% of the total, or R$122.3 billion.

Institutional investors drive demand in public debenture offerings, with a 60.6% share, followed by firms coordinating the offerings at 35.5%. Refinancing liabilities is the top destination for funds raised in the offerings at 44.3% (including the repurchase or redemption of debentures from previous issuances); followed by working capital financing, with a 29% share. The average maturity of issuances until September is 5.7 years, lower than in the same period last year (6.2 years). 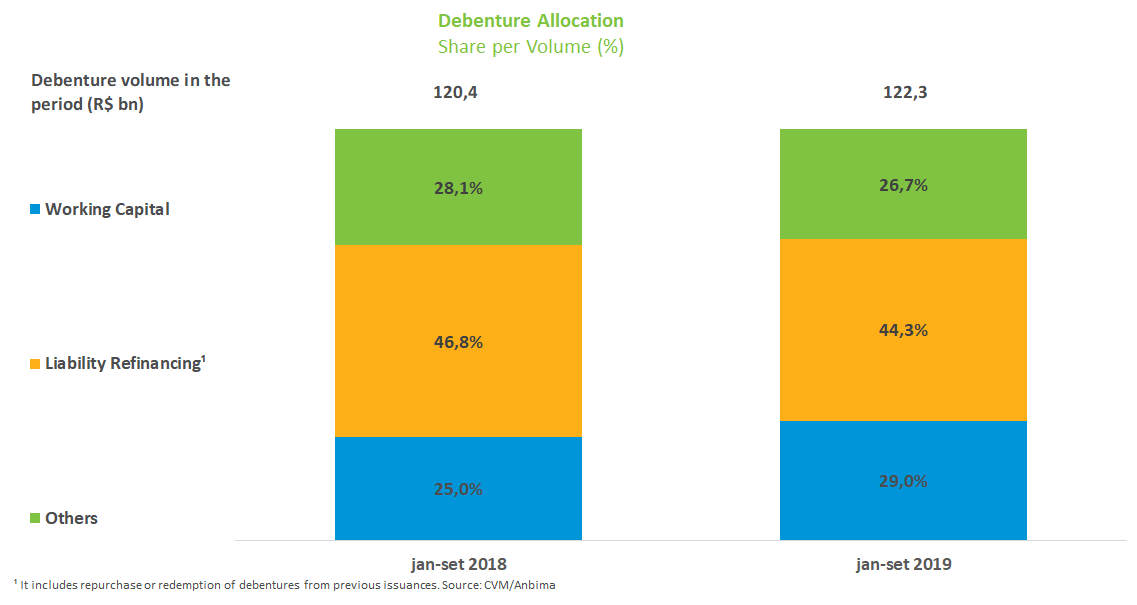 Secondary offerings (including follow-ons) were the financing instrument showing strongest growth in the Brazilian capital market. The amount raised totaled R$53.1 billion year to date compared with only R$111 million in the same period last year. Prospects of additional rate cuts after May, combined with share offerings carried out by large investors, especially in the case of state-owned companies, have been driving funding in this segment.

At the end of September, the amount raised in the month was R$14.3 billion, 40.4% down from August. Real estate investment funds saw the largest share in the amount raised at 27.9%. Follow-ons came next, with 22.4% of the total.