Capital market issuances fall to R$10.5bn in May

The capital market raised R$10.5 billion in May, a 68.8% decline from the previous month. The market saw 50 transactions, most of them via Instruction No. 476. The total raised year to date rose 6.7%, to R$126.1 billion against R$118.2 billion in the same period last year. Offerings in progress and under analysis are expected to draw R$6.7 billion and R$5.3 billion so far, respectively.

Despite the uncertainty amid the pandemic, the weighted average term of placements for debentures in 2020 remained stable compared to the same period last year: 5.6 years versus 5.5. However, there is a predominance of debenture offerings with DI+ spread return: 73.6% in 2020 against 38.7% in the same period in 2019. The most significant reduction was in securities with return as a percentage of DI, which in the same period fell to 1.8% from 45.5%. The IPCA bonds also decreased, to 11.4% from 15.4%. 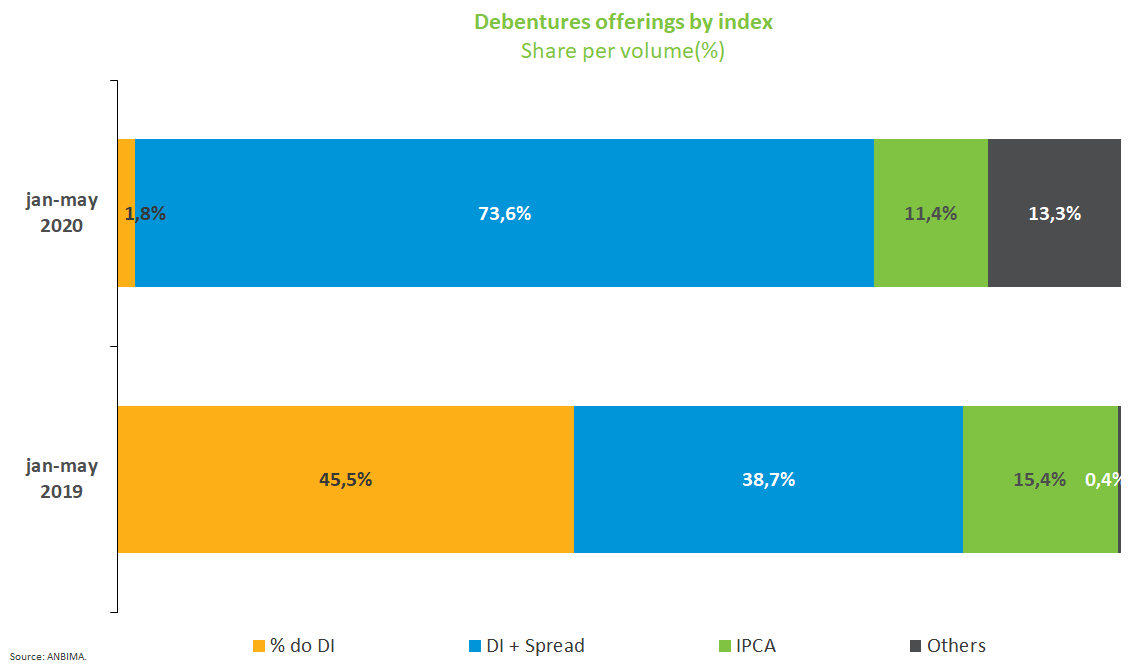 Intermediaries and participants linked to issuances continue to be the largest subscribers to public debenture offerings at 87%, followed by investment funds, with 8.9% of the total placed. Proceeds have been predominantly used in working capital and to boost cash (42.7%) and refinancing of companies' liabilities (24.7%). 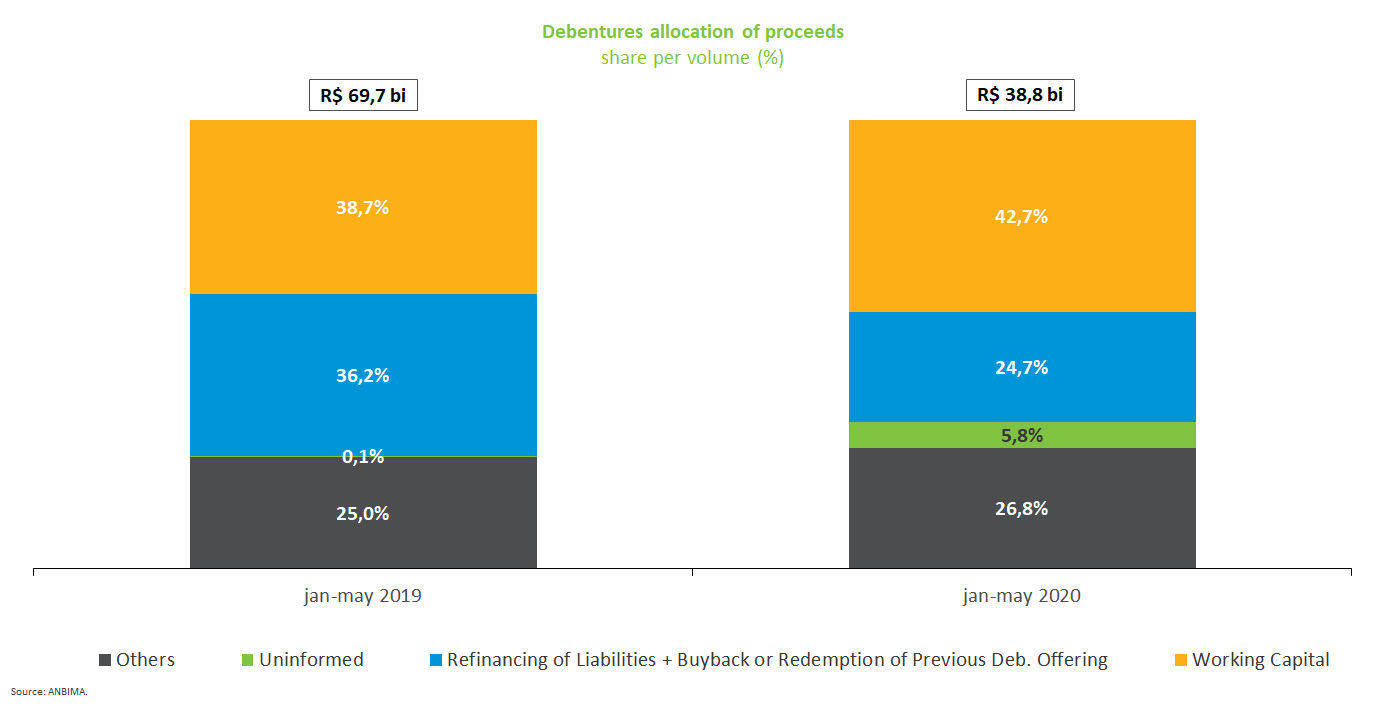 Unlike April, commercial papers had no major offering. The R$1.4 billion raised was much lower than in April (R$13.1 billion) and related to seven transactions. The debenture share in the capital market accounts for 14% of the total issued.

In the equity market, an IPO raised R$345 million. Since March, four primary and two secondary stock offerings have been settled. Mutual funds have been the largest holders, with 50.5% of the amount issued. There was no offering on the capital market overseas for the second month in a row.