The domestic capital market raised R$240.1 billion year to date through August, 38.7% more than the R$173 billion seen in the same period last year. Market agents expect this year's good performance to continue in the coming months given the significant volume of issuances that are still under review by the Securities and Exchange Commission of Brazil (CVM). Debentures account for almost half of the total issued at 48.9% - or R$ 117.4 billion - followed by follow-ons, with 21% of the total (R$49 .5 billion). 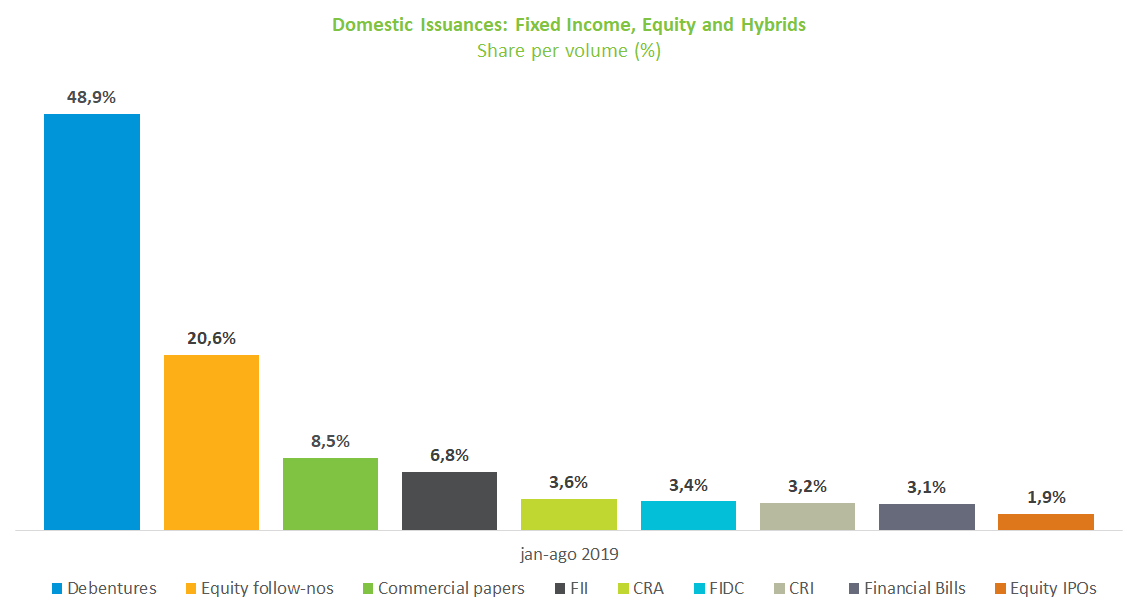 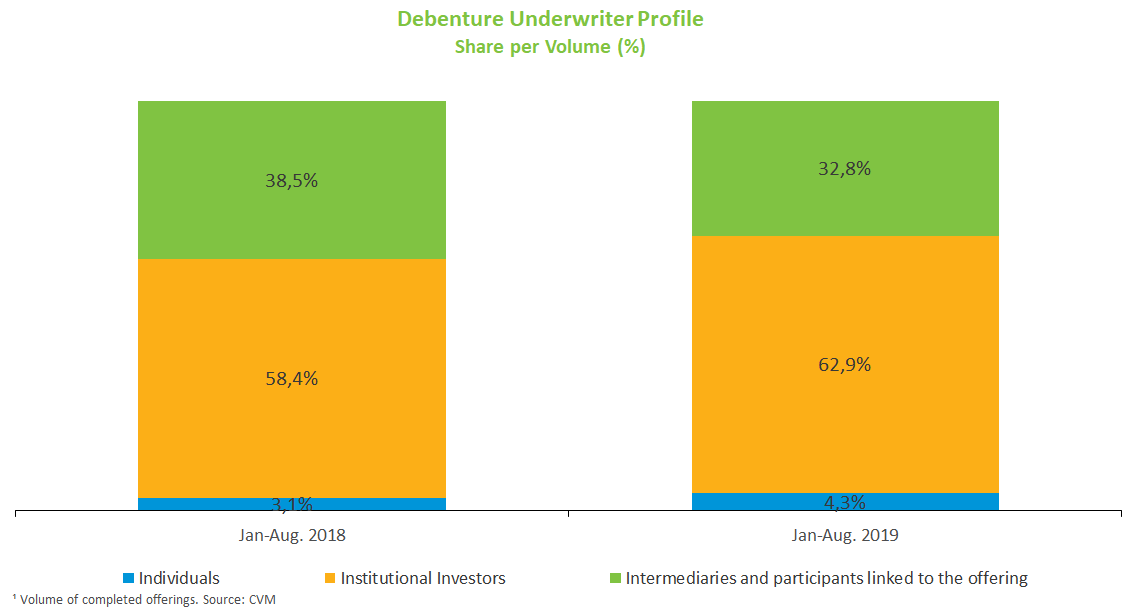 In the first eight months of 2019, Real Estate Investment Funds raised R$16.3 billion against R$10.5 billion in the same period last year, a 56% increase. The largest holders in offerings with this type of instrument were individuals, with 53.8%, followed by institutional investors at 41.1%.

Until the end of funding in August, issuances totaled R$16.8 billion, down 59% compared to July, when R$40.9 billion were raised. The debenture share still leads with 76.5% of the volume placed in August. Other highlights were Real Estate Investment Funds (FIIs), with 12.6% of the total raised (R$2.1 billion). There were no issuances of stocks, especially follow-ons, which had been rising at the fastest pace this year, already accounting for 21% of 2019 issuances.

Mirroring the uncertain economic outlook abroad, only one transaction was carried out in the international market in August, the $500 million in fixed-income securities. Funding totaled $16.2 billion, 5.7 % higher than the $15.4 billion of 2018.