The domestic capital market raised R$346.2 billion year to date up to November, a 55.6% increase compared with the same period last year at R$222.5 billion. Among funding instruments, debentures hold the largest share, accounting for 44.3% of issuances, followed by secondary offerings that already account for 19.7% of the total raised. Real Estate Investment Funds (FIIs) stand out, accounting now for 9.4% of total compared with 6.4% a year ago.

Up to November, institutional investors (basically mutual funds and foreign investors, the latter being the most active in share offerings) were the top subscribers in public stock offerings (92.5%), debentures (57.6%), commercial papers (51.2%), financial bills (95.7%) and Real Estate Receivables Certificates, or CRIs (57.4%). The only exceptions are placements of FIIs and CRAs (Agribusiness Receivables Certificates), where individuals were the leading subscribers with 52.8% and 78.9%, respectively. 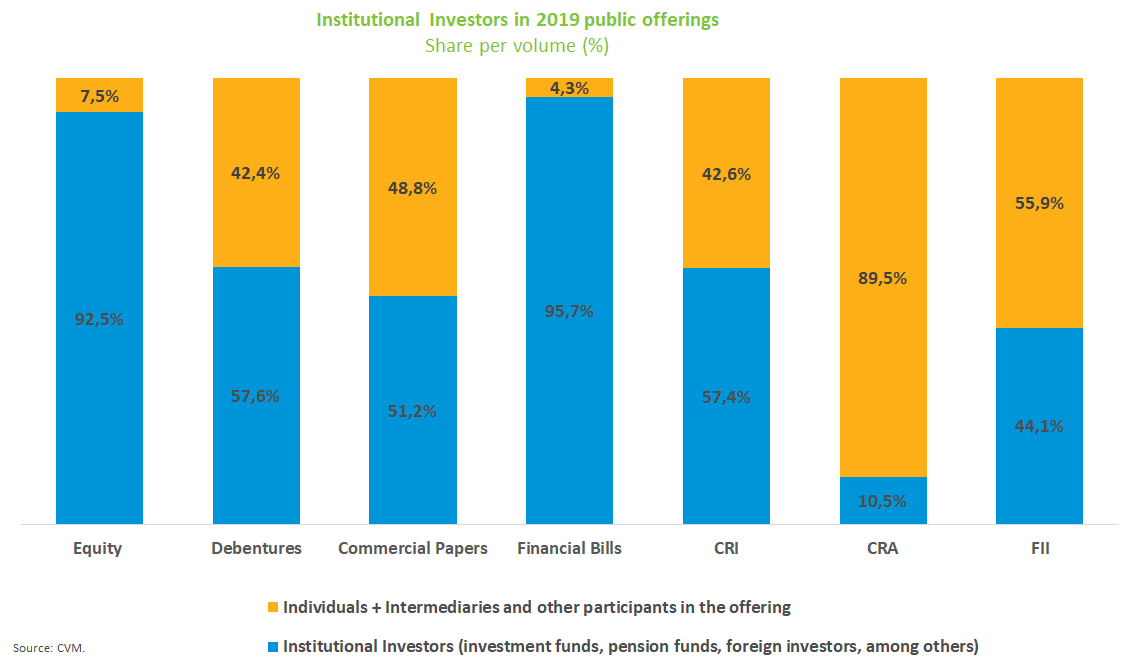 The indexing profile of debentures placed through public offerings has been changing in 2019 amid lower interest rates. Securities linked to a percentage of DI, which had been offering the best returns since 2016, account for 26.7% of the amount placed, compared with 48.3% in the same period last year. In turn, bonds adjusted by DI + Spread rose to 53% of total up to November from 33.6% a year ago. In the same basis of comparison, IPCA-linked debentures rose to 19.4% from 13.5%. However, there was no significant change in the average term (related to maturity or first renegotiation), which stood at 6.1 years in the same period last year. 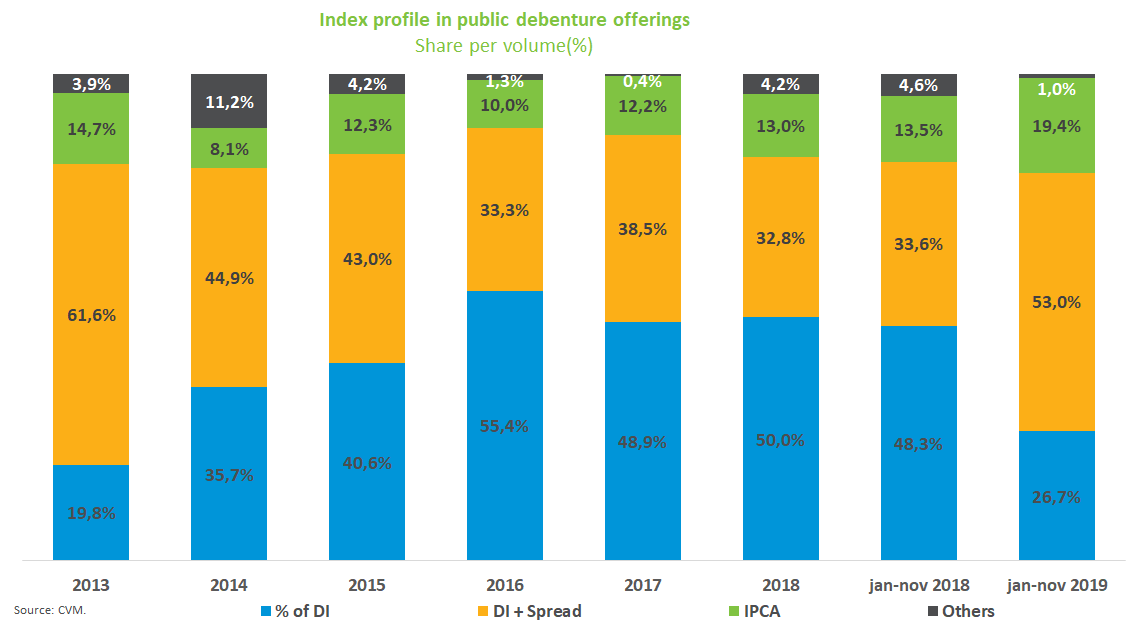 Issuances totaled R$17.3 billion in November, a 58.7% decrease from the previous month, according to the latest available. Debentures and FIIs accounted together for more than half of the amount raised in the month, with a share of 38.4% and 27.2%, respectively.

As for offerings abroad, the amount raised reached $6.5 billion, the largest monthly figure in 2019 and all through bond sales. The highlight was the Brazilian sovereign debt offering, carried out in two tranches totaling $3 billion. Fundraising abroad is at $24.8 billion up to November compared with $15.4 billion in the same period of 2018.
Baixar o arquivo completo