Equity accounts for 60% of funds raised in February

Capital market offerings raised R$45.9 billion in February, about three times more than the amount seen in January of R$15 billion. In the year to date, borrowers raised R$60.9 billion compared with R$38.4 billion in the same period last year.

Share offerings accounted for 60% of the total raised in February, with secondary offerings (follow-ons) representing 56.7% or R$26 billion. Of this amount, the highlight was Petrobras’s R$22 billion offering. The much lower number of IPOs (primary offerings) on the market (R$1.3 billion) mirrors the erratic trajectory of such transactions in recent months as investors grow more concerned over the economy. Yet an estimated R$2.6 billion are in the pipeline for initial public offerings in addition to 25 companies with offerings under analysis at CVM. 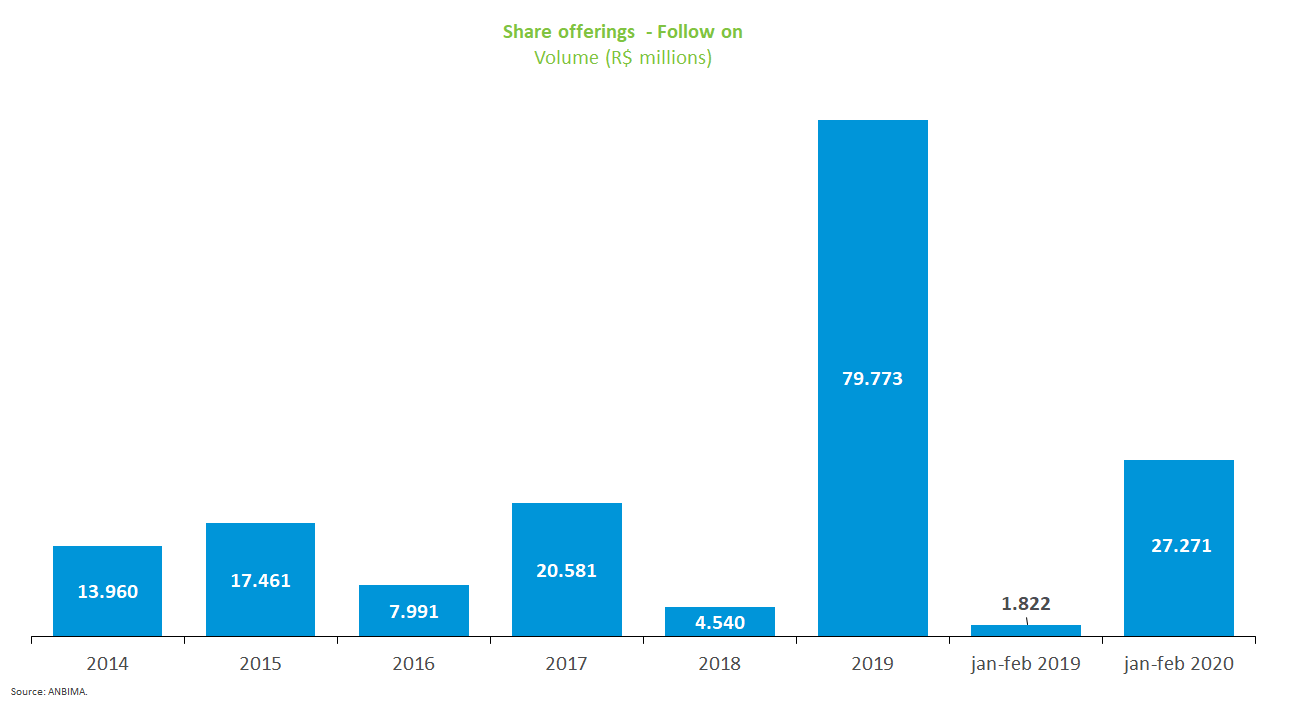 The debenture market issued R$4.8 billion in February, well below the monthly average of funding last year at R$15.4 billion. Year to date, debenture offerings raised R$11.2 billion, down 48% from the first two months of 2019. In February, 16 transactions were filed (41 in the year), all through Instruction No. 476. Since January, the largest subscribers of public offerings have been intermediaries and participants linked to the transaction, with 70.1% of the amount offered. Investment funds hold a 23.2% share from 55% in the first two months last year. The average term of placement in January-February was 6.2 years against 5 years in the same period of 2019. 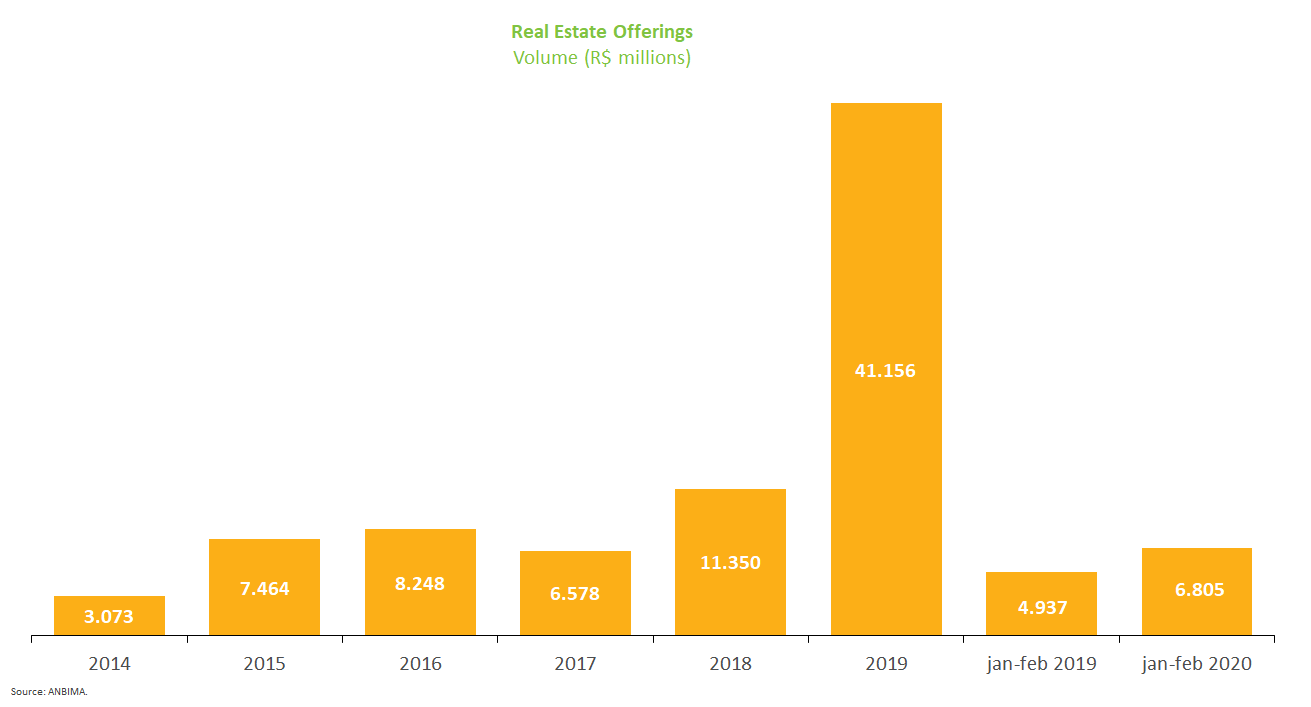 Issuances of Real Estate Investment Funds amounted to R$4.6 billion - more than double from January -, totaling R$6.8 billion in the year. An additional R$9.2 billion is expected in the market as a result of ongoing offerings (R$3.9 billion) and under analysis (R$5.2 billion).