Capital market issues totaled R$14.8 billion last January, down 19.1% from the same period in 2019, when the amount raised reached R$18.3 billion. Debentures accounted for 43.2% of that volume, followed by Real Estate Investment Funds and CRIs, with 13.4% and 12.9%, respectively. On top of that, more than R$15.8 billion could be raised in the coming weeks through Instruction No. 400 (excluding stock offerings), resulting from pending (R$9 billion) and under review offerings (R$6.7 billion), with R$8.4 billion accounting only for FIIs issues. 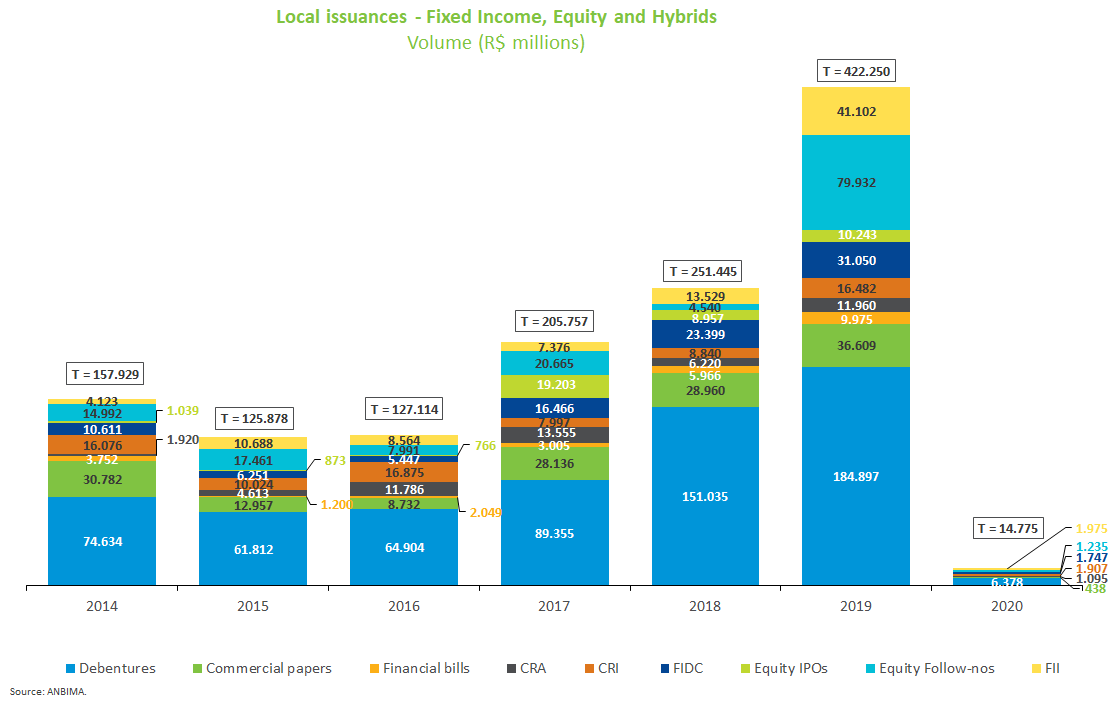 Equity transactions in the period accounted for 8.4% of the total, all through secondary stock offerings (follow-ons), which totaled R$1.2 billion. Investors expect that equity transactions keep the rally seen last year, given prospects that interest rates are likely to remain low in 2020.

In the debenture market, the amount issued reached R$6.4 billion, totaling 25 transactions, all through Instruction No. 476. In contrast to recent years, intermediaries and other participants related to the offering acquired most of the public placements, grabbing 90.8% of the total against 9.1% of mutual funds. The average term of placement was 4.4 years compared with 3.1 years from January 2019.

As for the yield paid by securities placed, 93.2% accounted for the DI+spread and 6.8% for securities indexed to official inflation index IPCA. There was no issue corresponding to the DI percentage for the first time since November 2015. Debentures issued under article 2 of Law 12.431, targeted at infrastructure projects and Income Tax-exempt for individuals, had only one offering totaling R$300 million entirely subscribed by mutual funds and with average term of placement of 25.4 years. 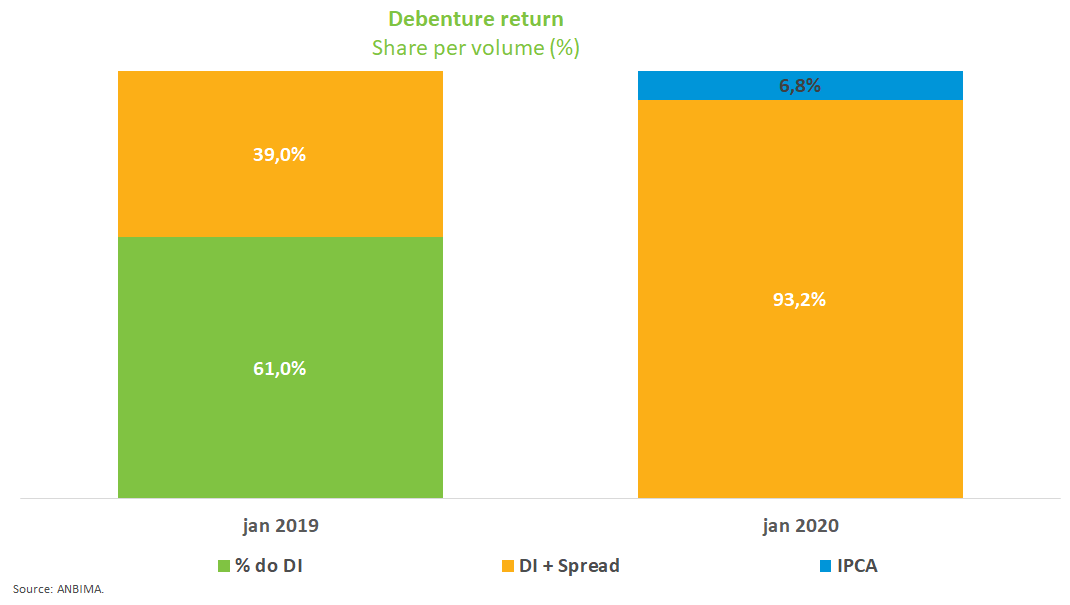 Issuances by Real Estate Investment Funds (FIIs) totaled R$2 billion, down 54.6% from January last year. On the other hand, issuances of Real Estate Receivable Certificates (CRIs) amounted to R$1.9 billion, about three times more than in January 2019. Individuals continue to be the top subscribers of public offerings through FIIs, with 64.3% of the total placed.

Fundraising abroad totaled $5.7 billion against $750 million in January 2019, all through debt issuances. As usual at this time of the year, there were no sovereign issuances from the Government or Petrobras abroad, which usually work as a benchmark for future placements overseas.